Home About Us Our experts Mark Murphy 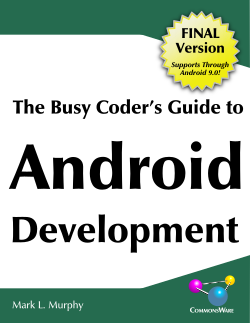 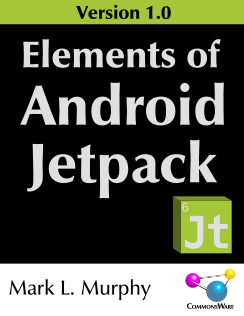 Mark Murphy started writing about Android app development in early 2008. He has yet to stop.

Mark’s original book, The Busy Coder’s Guide to Android Development, covered the breadth and depth of first-generation Java-based Android app development. While active, it was updated several times a year to reflect the latest in Android APIs, tools, and techniques. In 2019, Mark published a final edition of that book, all 4,292 pages of it.

Mark is now writing books on second-generation Android app development, using Kotlin and the AndroidX/Jetpack family of libraries, such as Elements of Android Jetpack.

Along the way, Mark became an independent developer advocate for Android. This includes answering over 20,000 Stack Overflow questions, speaking at dozens of conferences and meetups, and contributing to open source projects.

Mark has delivered Android app development training to well over 1,000 engineers, from solo developers to the largest mobile device manufacturers. He also has provided high-level consulting and “roll up your sleeves” development services to a wide range of customers. And he has the frequent-flyer miles to prove it.

Opersys specializes in Embedded Android and Embedded Linux, delivering a very targeted set of training and development offerings to its customer base. Our services are tailored with a keen eye towards development teams’ most precious assets: time and resources.